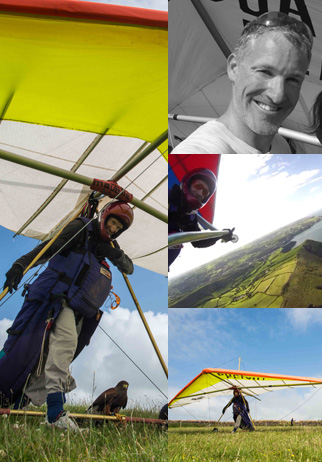 Sam started flying Hang Gliders at the age of 21. Learning on the rolling hills of Marlborough in Wiltshire it soon became evident that this was a sport which he would be participating in for his whole life. After completing a Degree in Leisure and Tourism Management in London, Sam spent time in France teaching activity sports.

In 2007 Sam became the Business Manager for the Hang Gliding and Paragliding Association of Canada and worked with its members, schools and partners to ensure that the day to day operations of the Association ran smoothly. 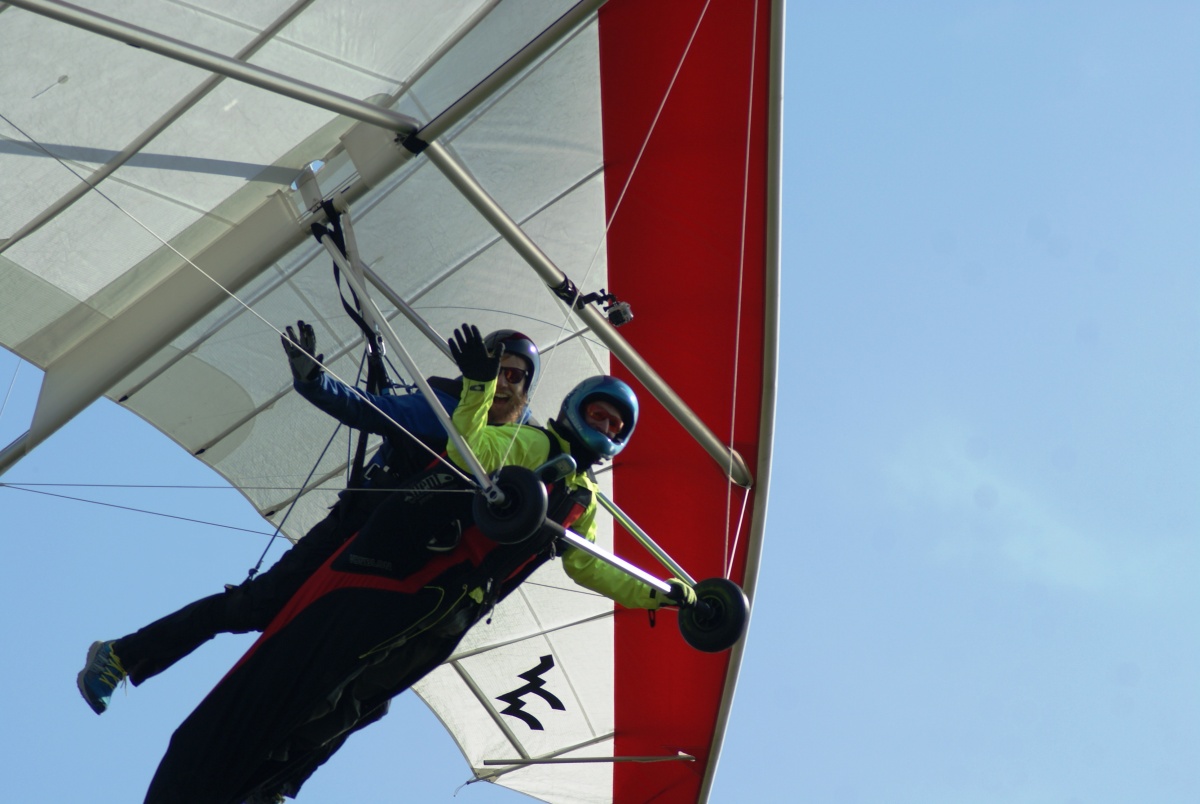 He began flying Paraglider's in 2016 and after flying over 300 flights he completed his Dual Aie Experience Rating for Paragliding in 2021.

Sam lives with his wife Jaimie, and their three children, Laura, 21 Benjamin 14 and Kody, 8.

Thanks to all those in Canada and England who have helped and supported me in getting Fly Like a Bird..well...flying!!

Andy obtained his dual flying rating in 2014 and started flying tandems with Fly Like a Bird in 2021. 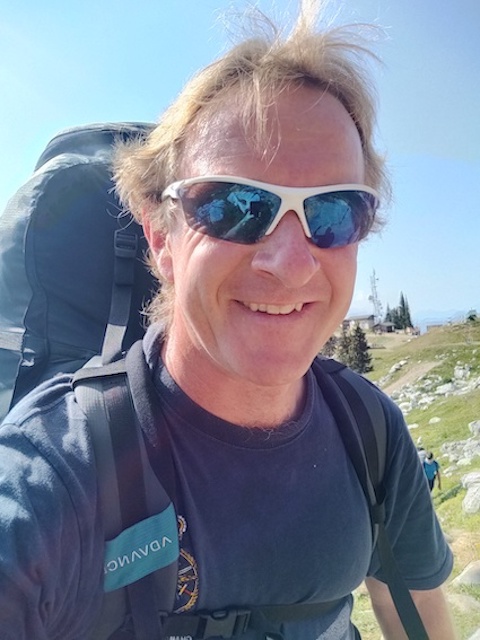 He started paragliding in Verbier in 2009 after many years of Alpine mountaineering and was immediately hooked. He spent several years working hard to become a cross country pilot and obtained his dual pilot rating in 2014, when he also entered his first paragliding competition. 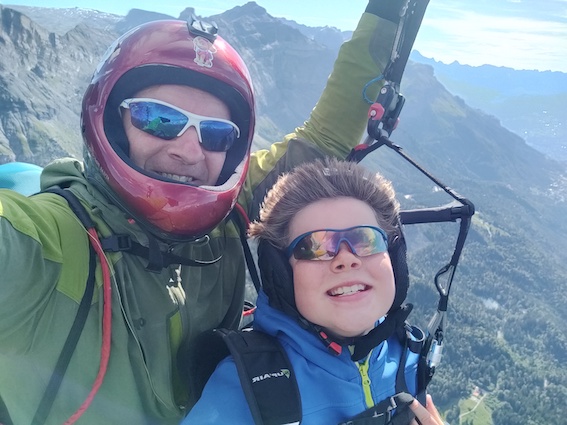 He retired from the Royal Navy in 2015, since when he has taken part in the British Open and many international competitions, winning the Inter-Services Paragliding Championships in 2017 and the Sports Class of the Chabre Open in 2018 where he was placed third overall. 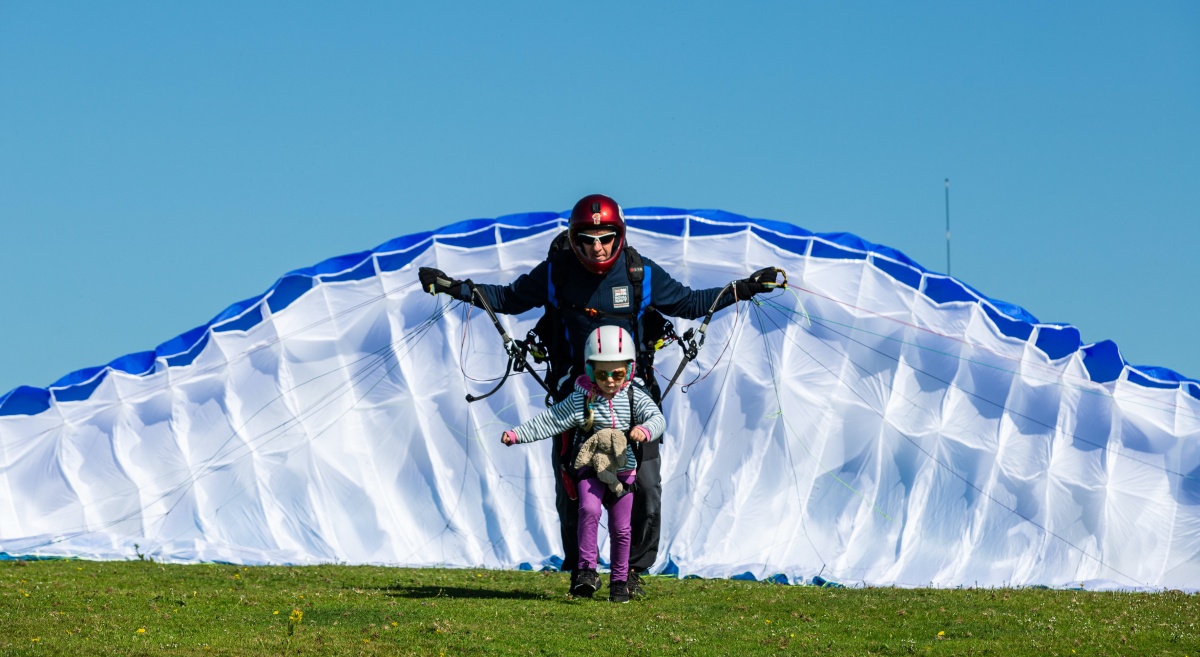 He has made cross country flights of over 150km in the UK and has written several articles for the British Hang Gliding and Paragliding Association's monthly 'Skywings' magazine about flying in competitions and tandem paragliding in the Alps with his son.

Andy is the Chief Coach for the North Devon Hang Gliding and Paragliding Club and the for Royal Navy. He flies regularly with his 2 young children and, when not in the air, works as a GP in a local practice. 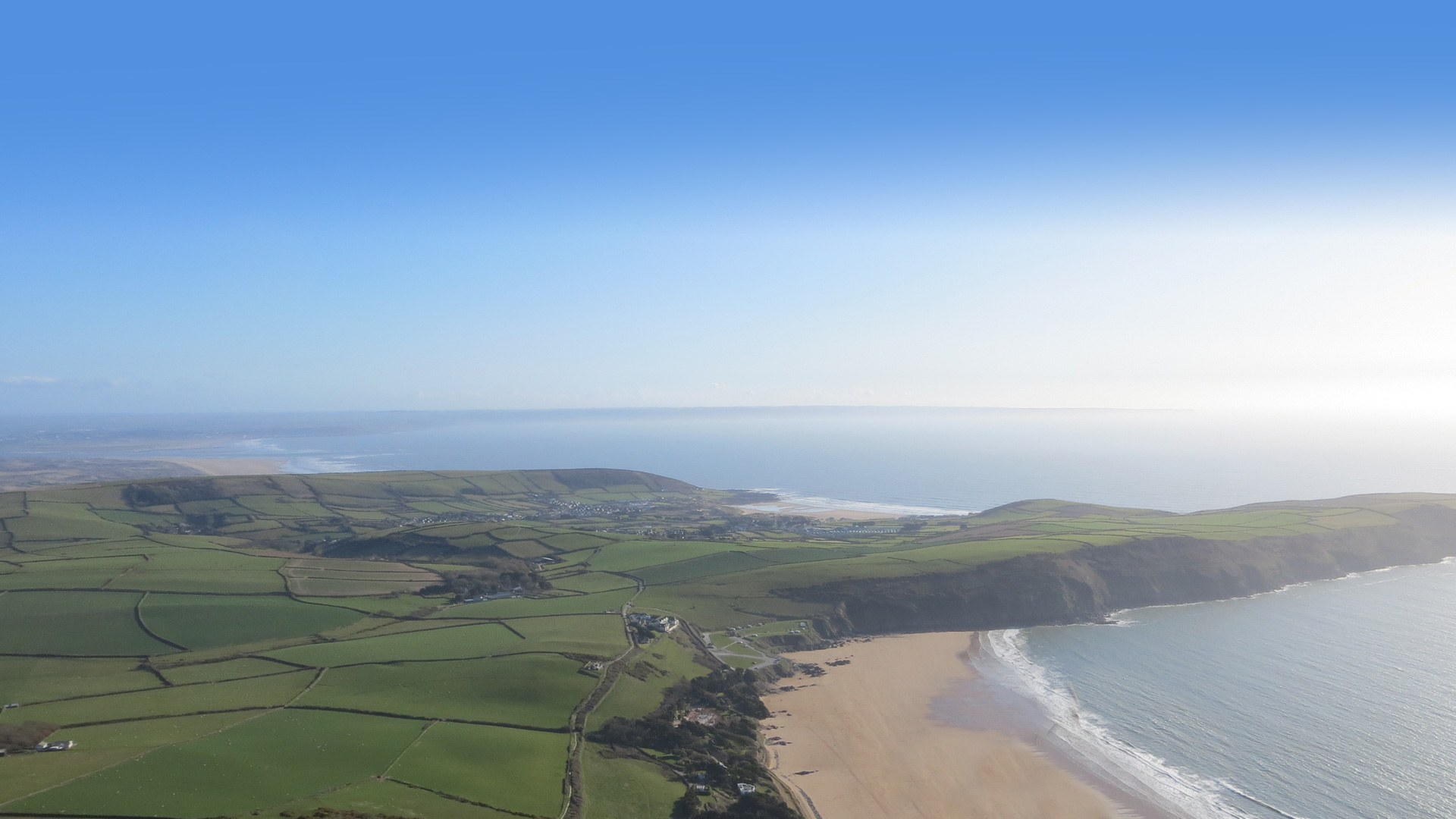